On Friday morning, two hundred fans enjoyed a highly anticipated breakfast with former All Blacks Rugby legend Christian Cullen at the Perth Convention & Exhibition Centre.  Widely considered the best fullback of modern rugby and arguably the finest broken field runner to have graced the game, the Paekakariki Express did not disappoint his fans with engaging conversation, photo opportunities and autographs.

Guests were also given the chance to watch video highlights on the big screen of Christian’s greatest rugby moments, after which, he recalled memorable occasions in his career; representing the All Blacks, and touching on a controversial time when he was omitted from the All Blacks team in 2001/02.

There was also an auction of great sporting memorabilia, including a 2015 signed All Blacks Champions World Cup Jersey that went for nearly $3000. All in all, the morning was deemed a winning event by all who attended. 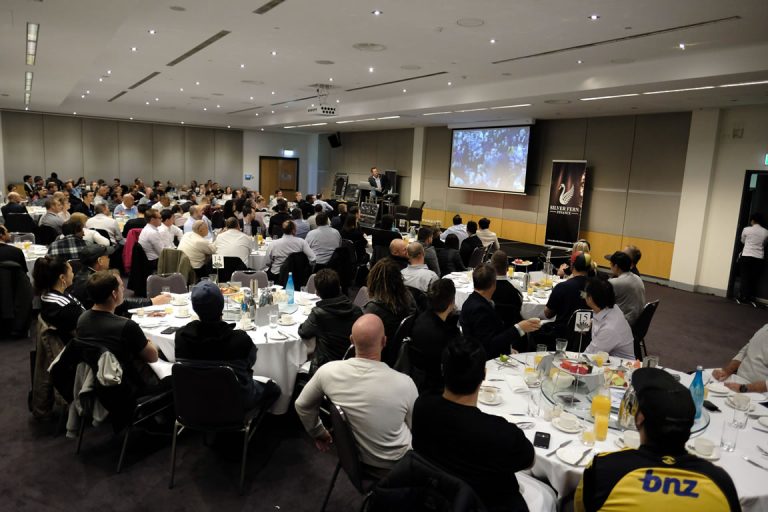 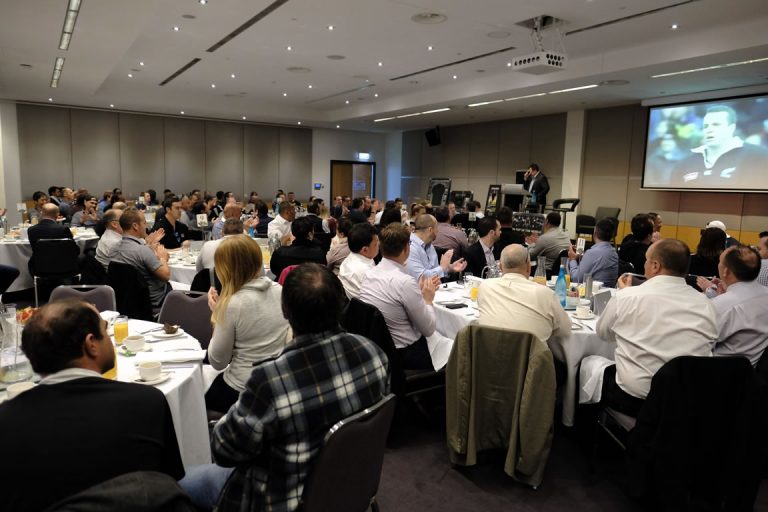 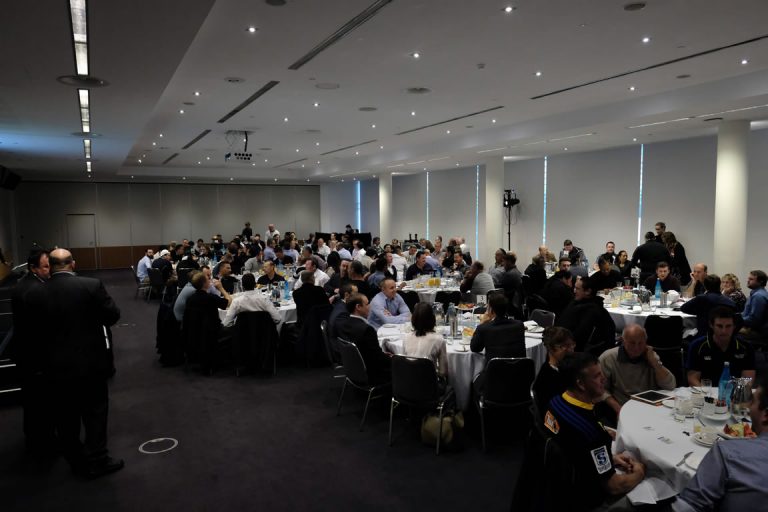 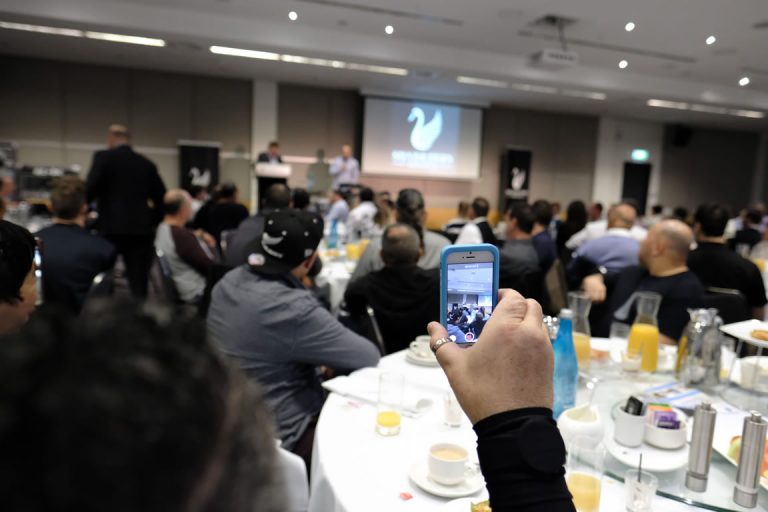 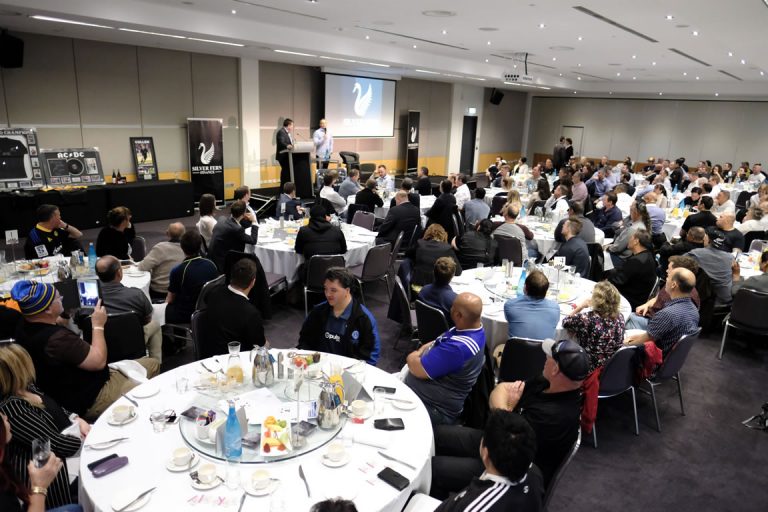 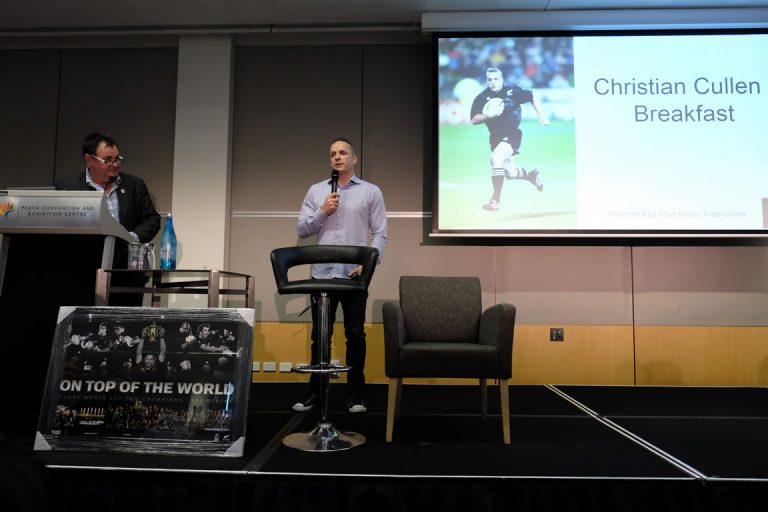 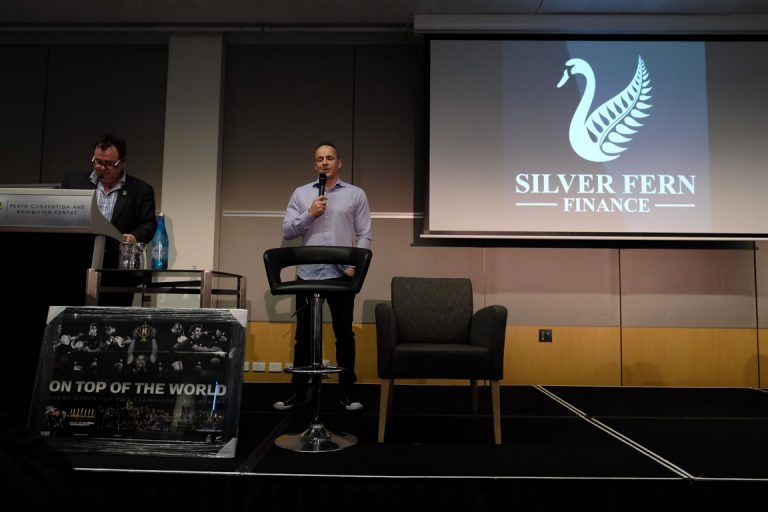 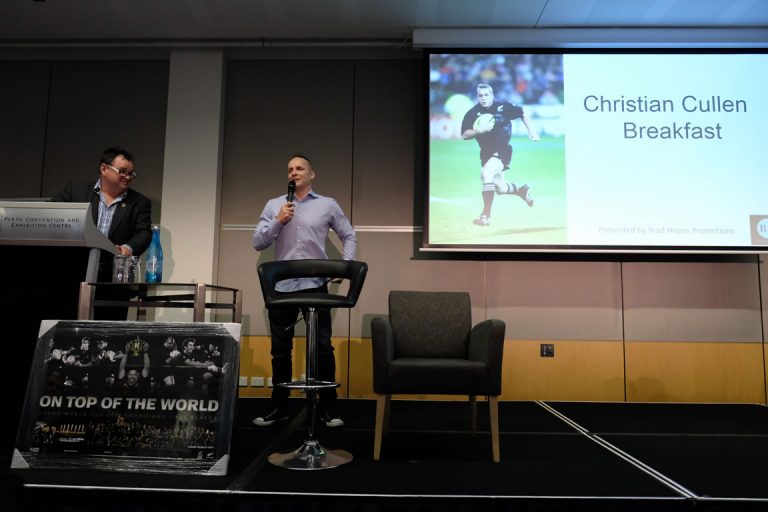 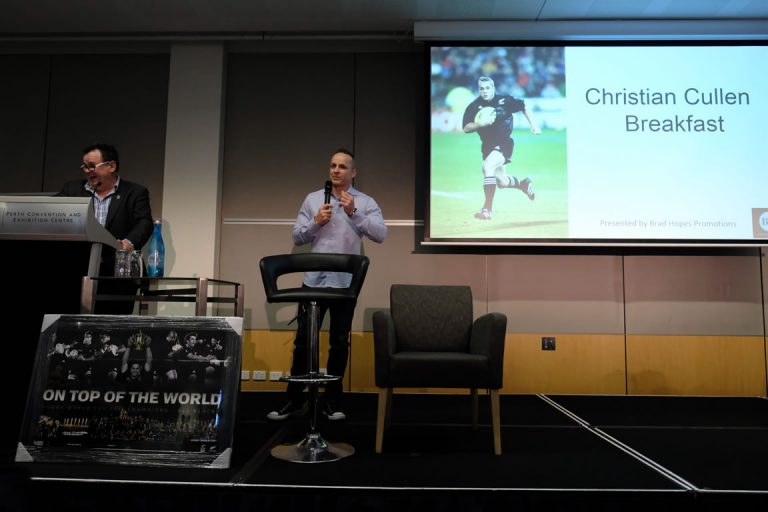 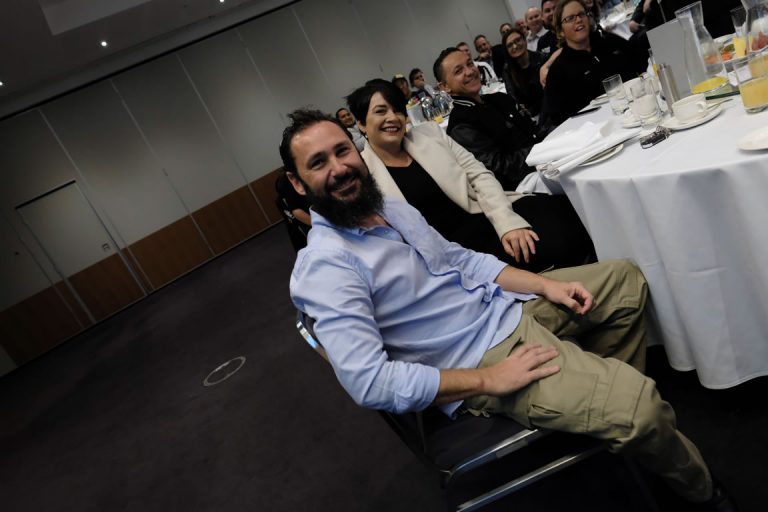 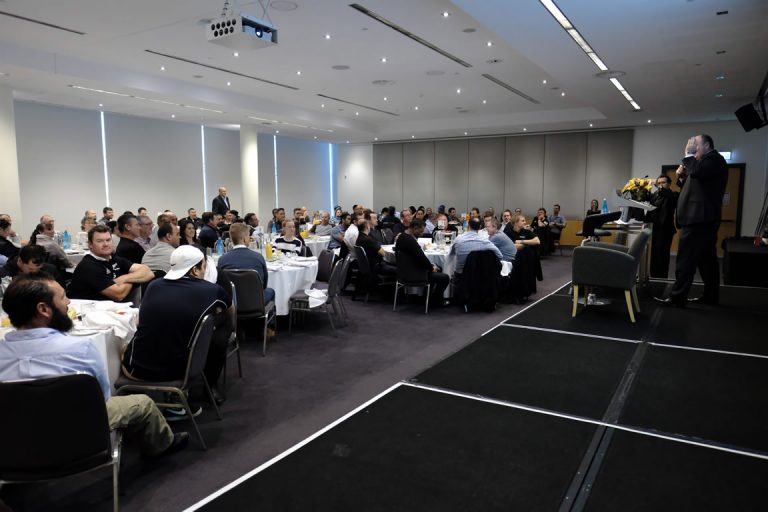 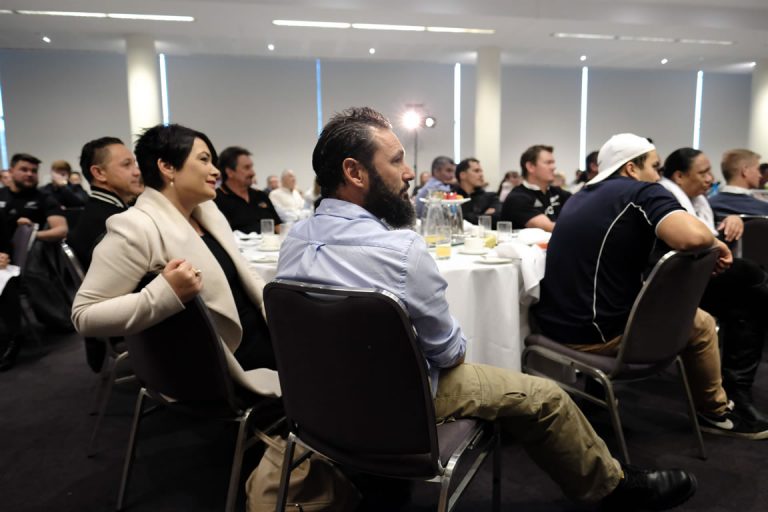